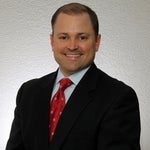 Originally from Lafayette, Louisiana, Garrett P. LaBorde is the Founder and Managing Attorney of Laborde Legal Group, based in Pensacola, Florida and New Orleans, Louisiana.

Mr. LaBorde is admitted to practice in the State of Florida, the State of Louisiana and before various Federal Courts and Agencies.

For his undergraduate studies, Mr. LaBorde attended the University of Louisiana-Lafayette where he obtained his Bachelor of Science degree in 1998 along with minors in Electrical & Computer Engineering, in English & in Political Science.

Upon his admission in Louisiana, Mr. LaBorde established and maintained a robust statewide litigation practice, based in Shreveport & later in Lafayette. In 2007, Mr. LaBorde transferred to Florida with the firm of Galloway, Johnson, Tompkins, Burr & Smith and in 2010 joined the consulting firm, “Idea Launch Partners, LLC” as General Counsel and Principal.

In 2014, Mr. LaBorde returned to private practice by founding the regional firm, LaBorde Legal Group, LLC, where he and other tech-centric practitioners collaboratively focus on the areas of Business, Technology, Intellectual Property & Entertainment Law.

Additionally, Mr. LaBorde has served as a Law Practice Management & Technology advisor to solo and small firms around the country and has been a frequent lecturer on Law Practice Management & Technology for State/Local Bars, Law Schools and National Organizations. Throughout his career, Mr. LaBorde has served as a proud member and officer of the American Bar Association, its House of Delegates, the Law Practice Division and the Young Lawyers Division.

Currently, he serves the Law Practice Division as a member of the “E-Lawyering Task Force”, the Education Board and the Member Development Committee. Within the Louisiana State Bar Association, Mr. LaBorde has served as in LSBA House of Delegates, Bar Journal Editorial Staff and the on the Practice Assistance Committee.

His community and professional affiliations have also included participation in: The Gulf Coast Intellectual Property Association (Advisory Board); Catholic Charities of Northwest Florida (Board of Directors); the Information Technology Association of the Gulf Coast (Board Member & Officer) and Leadership Pensacola, Class of 2012.

Mr. LaBorde is married to a Doctor of Audiology, Jennifer R. LaBorde. They, their two sons and one daughter are active in St. Paul Catholic Church and School.

Thank you for contacting us. We will get back to you shortly.

Please complete all required fields below.

LLG is committed to answering your questions about Business Law, Trust & Estates, Intellectual Property Law and Internet & Technology Law issues in FLORIDA & LOUISIANA. WE OFFER A FREE CONSULTATION and we'll gladly discuss your case with you at your convenience. Contact us today to schedule an appointment. 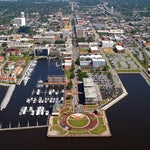 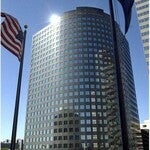